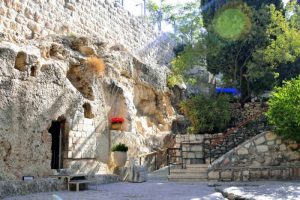 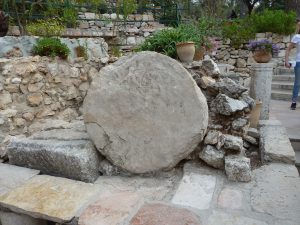 Surely the fate of human beings is like that of the animals; the same fate awaits them both: As one dies, so dies the other. All have the same breath; humans have no advantage over animals. Everything is meaningless (Ecclesiastes 3:19).

You don’t get very far in the Gospels without reading about demons. They were (are) horrid creatures intent on destroying lives. They caused people to lose all inhibitions, reject normalcy, spit in the face of convention, frighten and threaten others with impunity and hurt themselves physically. No one wanted a demon, and no one wanted to be around anyone who had one. If you had a demon, what you really wanted was for someone to put you out of your misery.

Though the Gospels do not elaborate, Mary Magdalene was once possessed by seven of these creatures. I can’t imagine her pain. But Jesus cast them out (Luke 8:2; Mark 16:9) and for that, Mary would be forever grateful. She traveled with the disciples and supported them out of her own pocket. On Friday she stood with Jesus’ mother at the cross. On Sunday, she was there at the grave. The man who had given her life back was gone – murdered! What anger she must have felt that Sunday morning! What emptiness! What lostness! Everything was meaningless.

While mourning the death of her savior and the cruel (seeming) theft of his body (or so it seemed), Jesus appeared. She was so lost in the abyss of her own grief she didn’t even recognize him until he said her name: “Mary!” And then, her life was changed again. Weeping had filled her night, but joy had come in the morning.

It’s tempting when life tumbles in to give in to the same despair of Solomon: “Everything is meaningless.” But Solomon was wrong. The resurrected Lord assures us none of our afflictions have to have the last word. Perhaps that’s why Paul called them “light” and “momentary” (2 Corinthians 4:17). There is the resurrection. And once that becomes real to you, life is anything but meaningless.